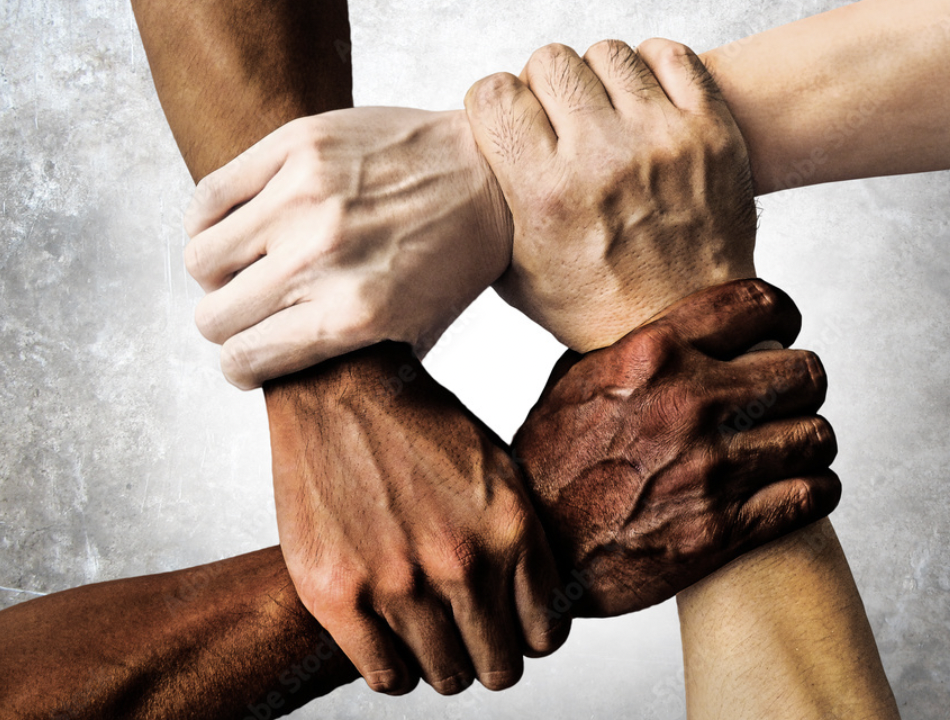 — On May 14, 2022, a White man invoked “Christian nationalism” to justify his horrific premeditated murder of eleven African-Americans in a Buffalo, NY grocery store.  This was not the first time Christianity has been distorted to rationalize white supremacy, and we fear it will not be the last.  Given this national reality, our conscience compels us to condemn this hateful ideology and urge other majority-White Christian congregations to join us in renouncing “Christian nationalism” and the racist violence it fuels.

In his manifesto, the Buffalo mass murderer invoked, in addition to “Christian nationalism,” the “Great Replacement Theory,” under which Black, indigenous, and other people of color, immigrant and native- born, are considered a strategic threat to the White American way of life – which is to say, White supremacy.  The inextricable connection between bigotry racism and “Christian nationalism” cannot be clearer.

Dumbarton United Methodist Church renounces and condemns “Christian nationalism” and all other forms of White supremacy.  We confess and repent of the ways our own history has furthered White racism.  And we invite other majority-White American Christian churches that have not already done so to speak out with us.  Because this imposture of Christianity and its abettors cannot be allowed to go unchallenged in the public square.  Because racist terror mocks the founding principles that the overwhelming majority of Americans hold dear.  Because we cannot again leave our Black brothers and sisters and other people of color to take up the fight alone.  And because our silence would be our complicity.

As a congregation that has committed itself to becoming a more anti-racist church, we also recognize the need to go beyond words.  The attached addendum includes actions we are currently taking, and questions we are asking ourselves, to make good on our words.  We appreciate other majority-White churches that are speaking out and taking action, and we invite more to do likewise so that our witness may continue to grow.

We approach these commitments with the humility our known and unknown limitations require.  We know our commitments are not exhaustive, and we will make mistakes in both their framing and implementation.  For these reasons, we would welcome opportunities to learn from other congregations taking this same journey.  Recognizing that the road will be long, bumpy, and at times dimly lit, we plan to share periodically lessons learned and resources discovered.  We hope other interested congregations will do the same as we journey together.

Commitments of Dumbarton UMC to Act Against Racism and Racist Violence

TO ACT AGAINST RACISM AND RACIST VIOLENCE

Conduct an inventory of our current congregational practices to identify and evaluate ways our congregation currently lives out its commitment to be antiracist in our worship, education, community-building, mission, and justice ministries as well as fiscal decision-making.  From this inventory, recommend ways to improve and build on reparative and racially equitable practices as together we seek to embody Christ’s Beloved Community.

Identify educators and advocates who are recognized by Black communities and other communities of color as authorities on reparations.  Invite these leaders to educate us in adult and intergenerational forums about ways our congregation can take achievable measures meaningful to these communities to meet the need for reparations for the harms of our of past racist practices.

Identify and use training resources, such as the podcast Seeing White, to help us better understand the historical roots of White supremacism and how its effects continue to go so widely unrecognized among White Americans.  Specifically study its impact on our society and culture, and its continued hold on our local, district, state, and national political and economic systems.

Establish ongoing group opportunities to study texts like White Fragility by Robin DiAngelo and other books and articles that address the resistance many White people have against even discussing, let alone dismantling, racism in all its personal and systemic forms.

Initiate alliances with antiracist organizations advocating antiracist legislative policies at the local, district, state, and national level.  Determine in coordination with these allies which pieces of legislation Dumbarton UMC will publicly advocate for.

Engage with a majority-Black congregation and a majority-Hispanic and/or Asian American congregation in the Washington area to identify practical actions Dumbarton UMC can take together with them.  We imagine pursuing a common priority, and in the process forging new relationships.  Such actions may include, for example:  community-based service and compassion ministries; joining together in a public march or assembly for human or voting rights; holding jointly-led Bible studies; or forming educational groups to discuss movies, podcasts, or other works on anti-racism.

Participate in a virtual mini-series by the United Methodist General Board of Church and Society to equip United Methodists to respond to matters of social injustice in the church and its wider community.  The first event in the series, on July 6, 2022, at 3pm EDT, will be on Voting Rights.  Encourage our congregants to register to learn from GBCS grassroots organizers about specific actions congregations can take to advocate for justice.

Solicit and make a sustained financial contribution to at least one of the following organizations that work for justice for people harmed by systemic racism:

Our Commitment To Be Anti-racist

QUESTIONS WE ARE ASKING OURSELVES

ABOUT OUR COMMITMENT TO BE ANTI-RACIST